What are the main challenges for start-ups when standing out and establishing themselves in a competitive market?

They need two main things; a brilliant idea & a platform to tell the world about it.

The most successful start-ups ponder over problems and discover ways to solve them.  They do this preferably in a unique way, better than any solutions currently available.  That, in itself, is quite a challenge.  Sometimes there is a eureka moment where a previously unseen route becomes clear.  Often it is a case of trial and error, with the better start-ups knowing how to fail fast & move on the next round of testing.  They need to break through with something genuinely useful.  Whether this be time or money saving, adding extra value or features or something else unique to give the customer a reason to consider them.

However, even the best idea needs an audience.  For a start-up to shout their idea from the rooftops takes a significant amount of marketing.  As a loose rule of thumb, the bigger the budget, the louder the voice.  The dilemma being that start-ups tend to have relatively limited resources.  So rather than the more traditional marketing platforms, some clever, more frugal, marketing techniques must be employed.

Start-ups tend to be less risk adverse so can often employ more precarious strategies and none is more risky than a good stunt. Richard Branson famously dressed up in a wedding dress to launch Virgin Brides.  He also dressed as an astronaut to launch Virgin Galactic; a relatively cheap way to attract a huge amount of press attention.

Social media can be incredibly powerful if used, analysed & managed by a creative team who know what they’re doing.  Dollar Shave Club is probably better known for it’s incredible debut advert than it’s razors.  Their humorous, colourful language filled video went viral on YouTube generating 12,000 orders in the first 48 hours.  Not bad for a $4,500 budget.

Aside from getting their name known in the industry, start-ups need to keep their eye on growing pains as they start to upscale.  Cash flow blockages can restrict growth in the early days.  IT can also present problems as companies make the shift from prototype to enterprise scale systems.  The initial team will tend to be close-knit, dynamic & focused.   As the company grows  they will need to hire outside their circle, whilst retaining the ethos, drive & passion of the original team.

The first year or so is an incredibly exciting time for a start-up. However it can also be a dangerous with one in three failing in the UK within the first year.  It is so important that a start-up is driven forwards with fervour, enthusiasm & huge amounts of determination & stamina.

The first thing to do is make a start.  Stop pontificating about it & get going.  Speak to some people, preferably who’ve done this sort of thing before.  We tend to recommend applying the Harvard rule of four:

The first two are more of a strong recommendation but nice to have all four! 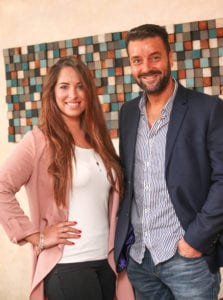 Directors Nik Ellis & Justine McLaughlin have a wealth of experience in helping people take their idea to a successful start-up and beyond.